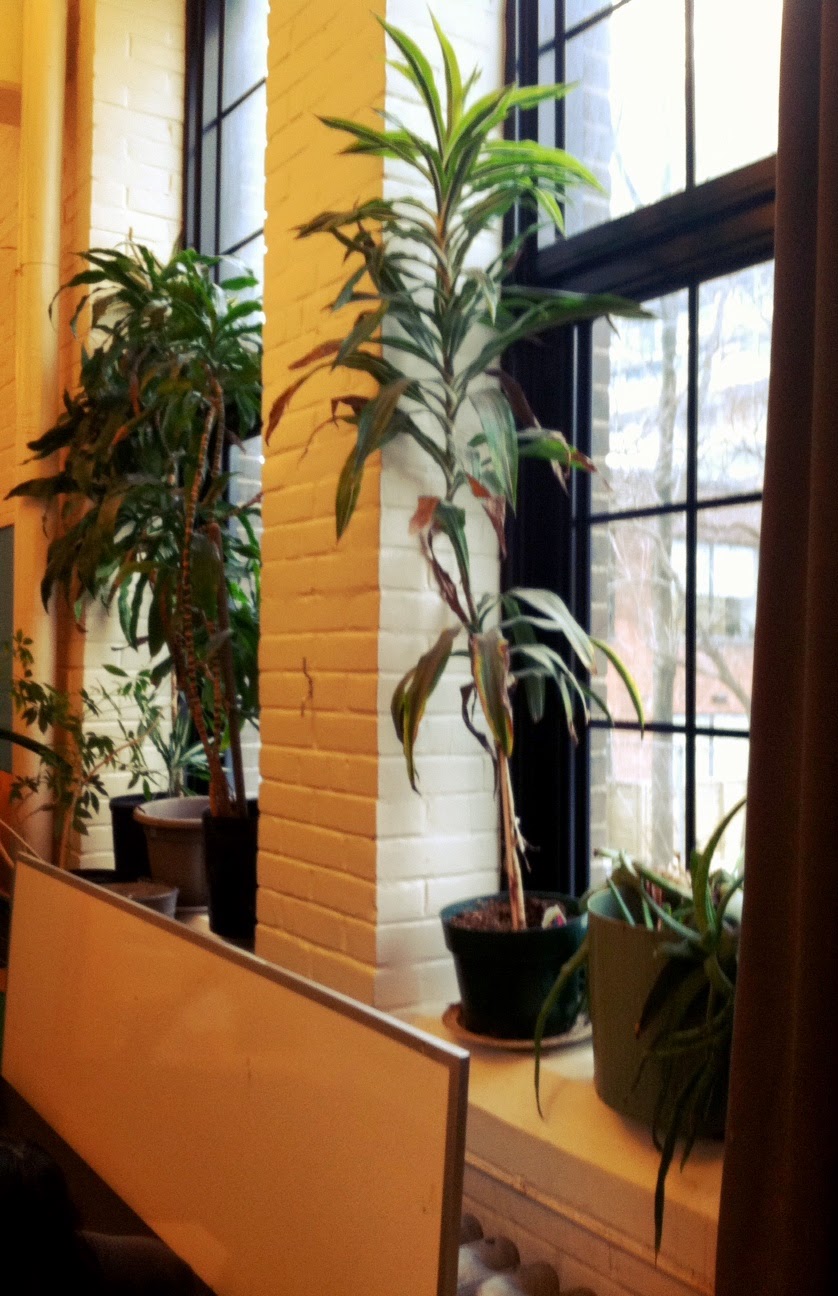 ALPHA, Toronto’s oldest public alternative school and only public democratic free school, opened in September 1972. The school is housed on two floors of a building shared with an alternative high school. The “little kids,” in JK through 3rd grade, have one floor and the “big kids,” in 4th-6th grade, have another. Through its 40+ years of consensus-based democracy, the school has evolved so that parents and teachers strategize to run the school. Its principal, assigned by the school board, works mostly in another school building and has a negotiated, collaborative, ‘arms-length’ approach.

The “little kids” have three large rooms, full of toys and learning materials, through which they can move at will. Children learn to read and write when they’re ready—there are no benchmarks. Teachers provide an environment rich in opportunities to suit all learning styles. The school also uses literacy and numeracy workbooks, but students work through them at their own pace. According to one of the teachers, the concrete nature of these books gives the kids a sense of accomplishment. 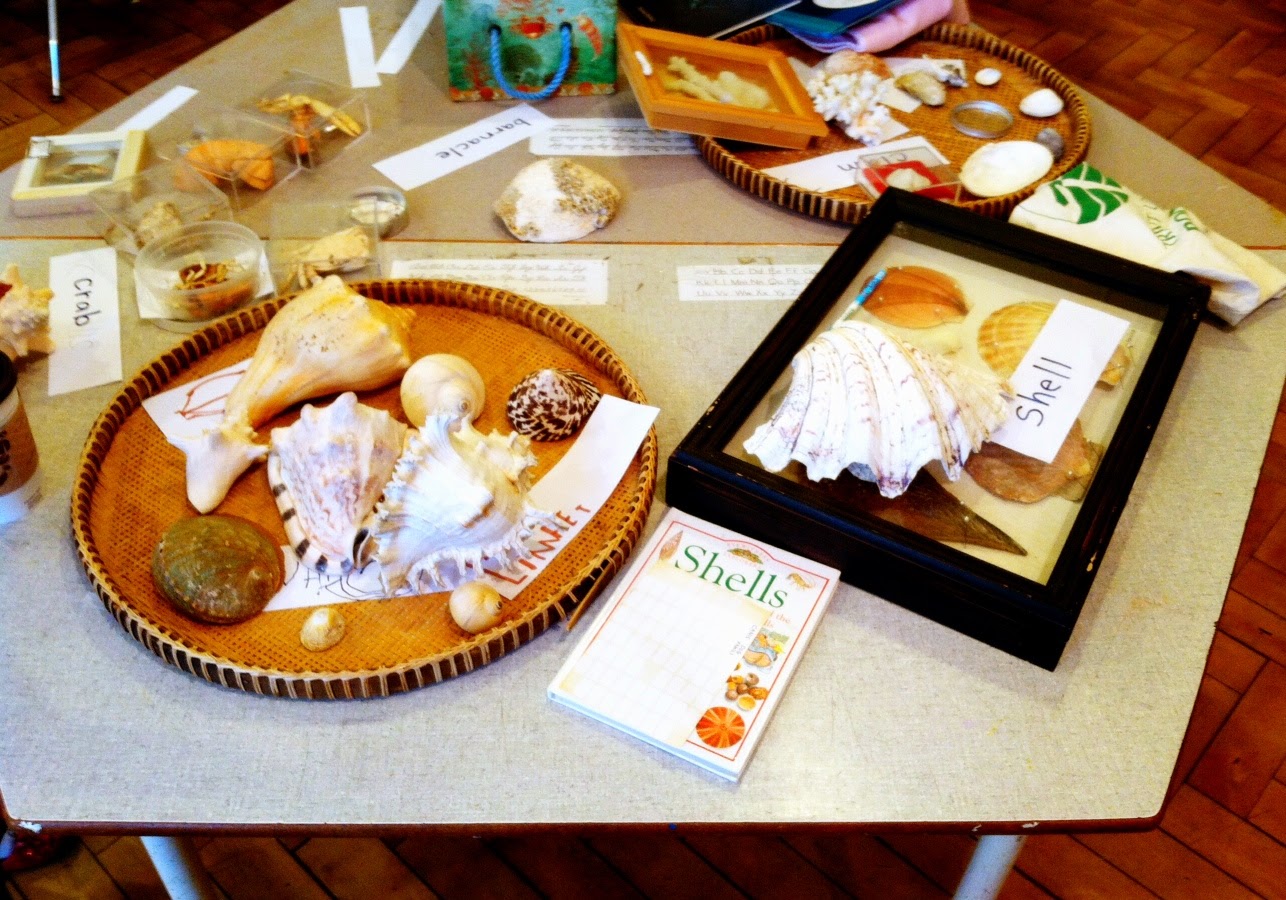 While children have the freedom to decline, they were certainly encouraged to engage in certain activities—I saw a parent volunteer inviting children to sit at a table covered in abacuses and other math tools. Two cherubic 4-year-olds were already seated and drawing 0s and 1s. “A hundred million! 12 hundred million! Zero, zero, zero, zero….” I watched as they taped their pieces of paper together, giggling at the enormous number they had created.

Learning is always framed as a cooperative and nonjudgmental activity, and children work together and teach each other. As one teacher exclaimed, “If you were one parent with over 20 children, it would be ridiculous to expect that you could raise those children well without help. These are the conditions in a public school classroom, and yet people continue to blame teachers for students’ failure to thrive.” While ALPHA’s open classrooms usually have 1-2 volunteers per day in addition to the teaching staff, the kids helping each other is the easiest way to make up for a ratio that is over 1/20. 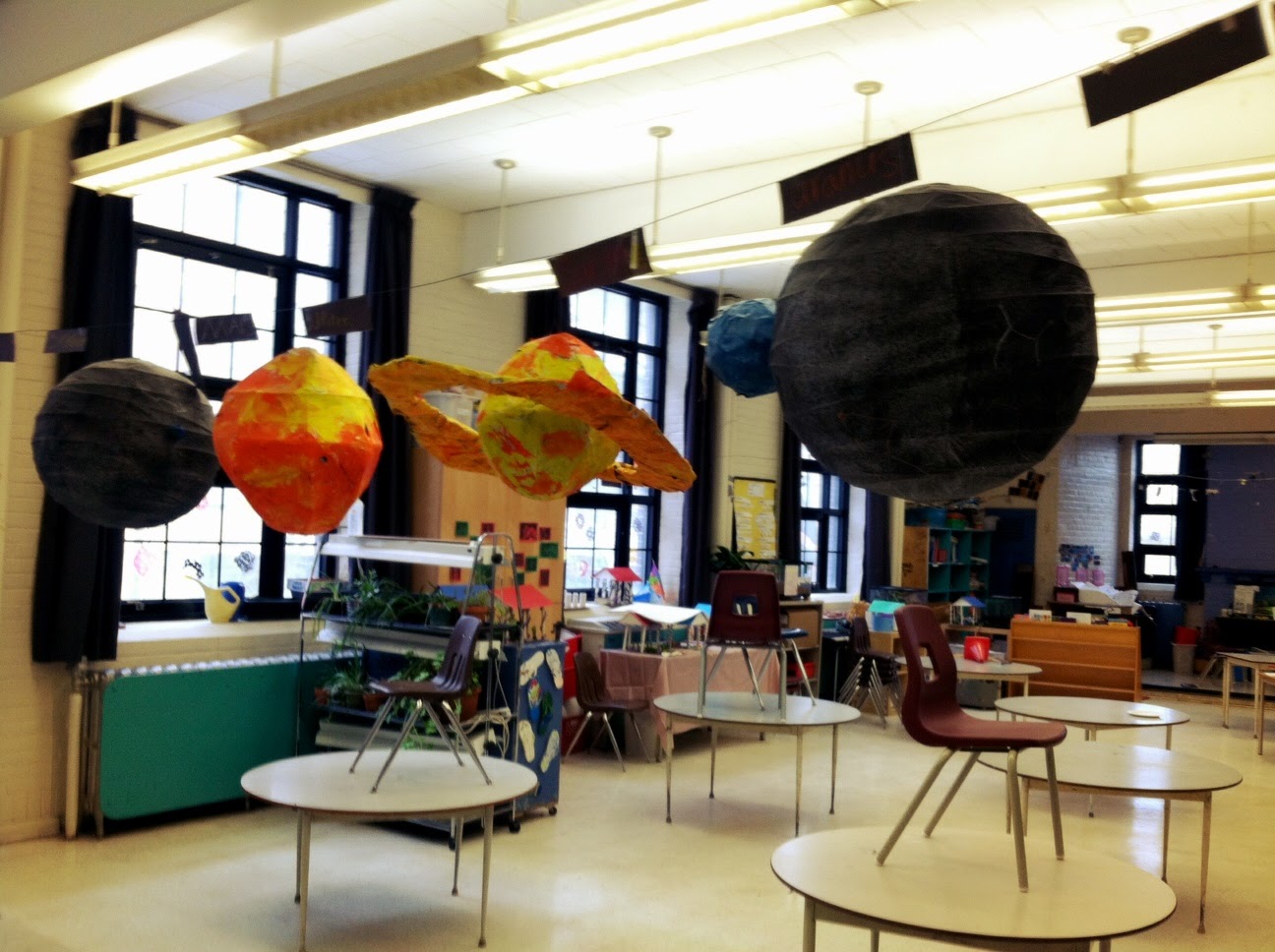 That said, it’s certainly not the quiet environment emphasized in traditional elementary schools —it’s full of the noisy sounds of children playing. One little girl who was sensitive to the noisy classroom had chunky headphones on. And, since children have the freedom to move between the classrooms on their designated floors, they can find themselves a quiet nook in the hallway or another classroom if need be. 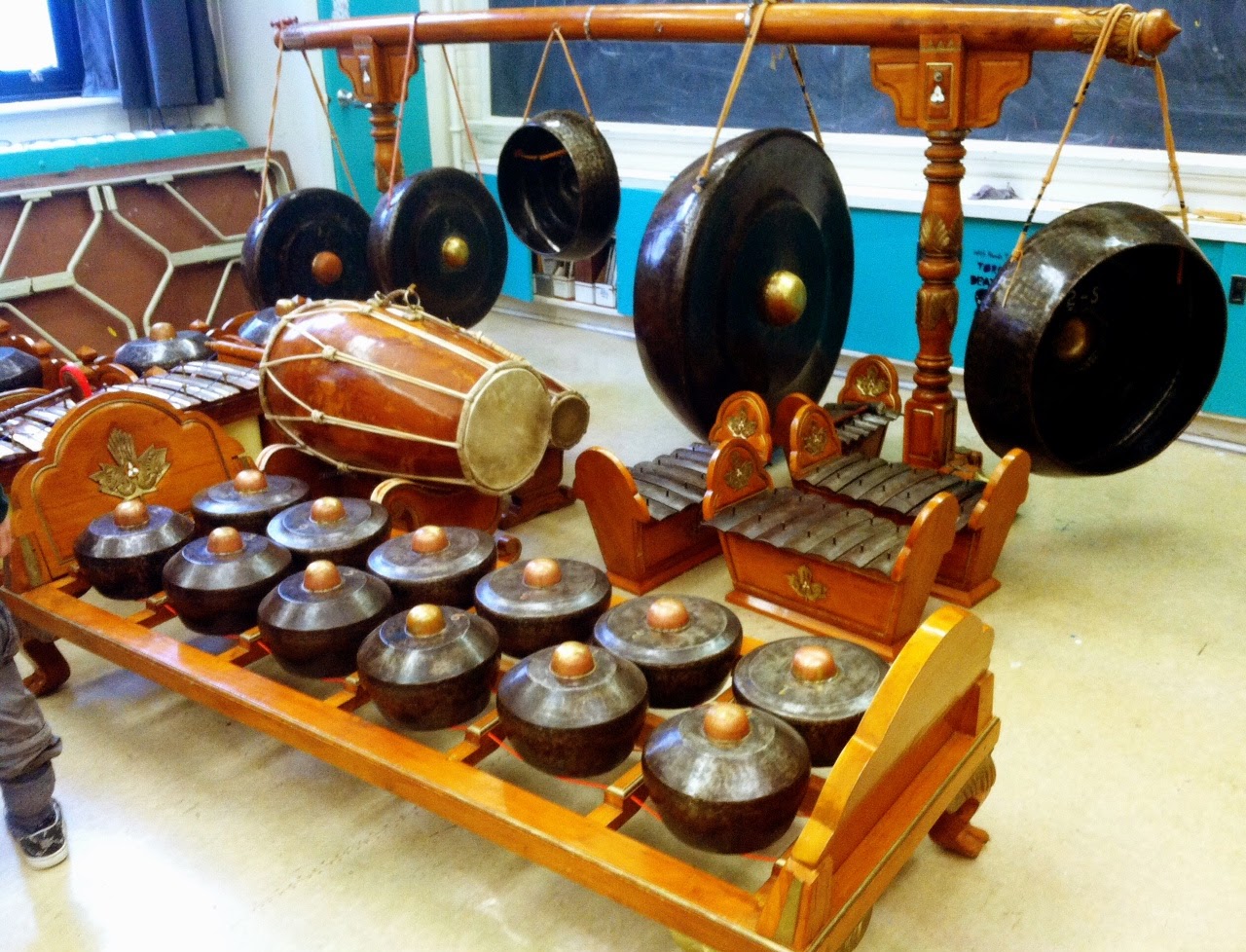 Across the hall, a group of slightly older children were working with a teacher on polishing their poems, in preparation for a school poetry night. Eight other “little kids” advocated for an adult to supervise them while they traveled to the top floor and practiced playing the gamelan, a traveling ensemble of Indonesian percussion instruments currently being shared with the high school upstairs.

Downstairs on the “big kids’” floor, I was given a tour by two gregarious 6th graders. Their huge classroom is home to Dash, the bearded dragon, two geckos named Artemis and Athena, corn snakes, and lots of plants. Learning blocks are decided democratically: students submit themes that they’d like to study, then vote. Right now, they’re working on Ancient Greece. They chose a job, (“I’m the architect who built the acropolis-- I know, I’m amazing,”) they paint, sew period costumes, learn Greek, read and write myths, and study and then create an imaginary Greek god. One of my tour guides created the goddess of chocolate, superheroes, and rock & heavy metal. (“You know Gene Simmons? From Kiss? My goddess has an axe guitar like his, it’s super awesome.”) 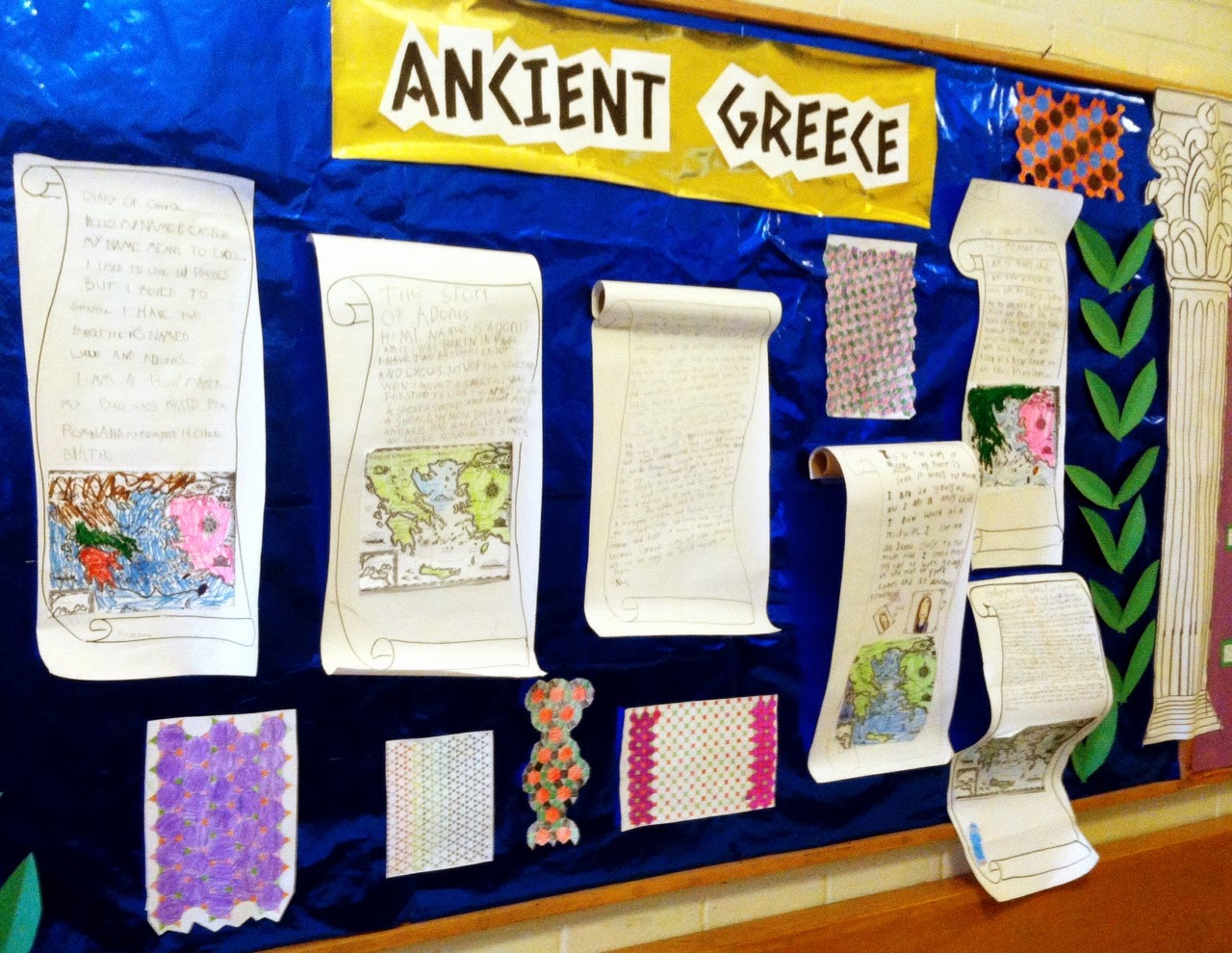 Their study of Ancient Greece would culminate the following week, in a living village where all students dress in the costumes they’ve made, act in character, and show off their work while the parents and younger students visit and learn. Learning isn’t limited to the classrooms: on the day I visited, teachers were taking interested students ice-skating that afternoon, and visiting a museum the following day. 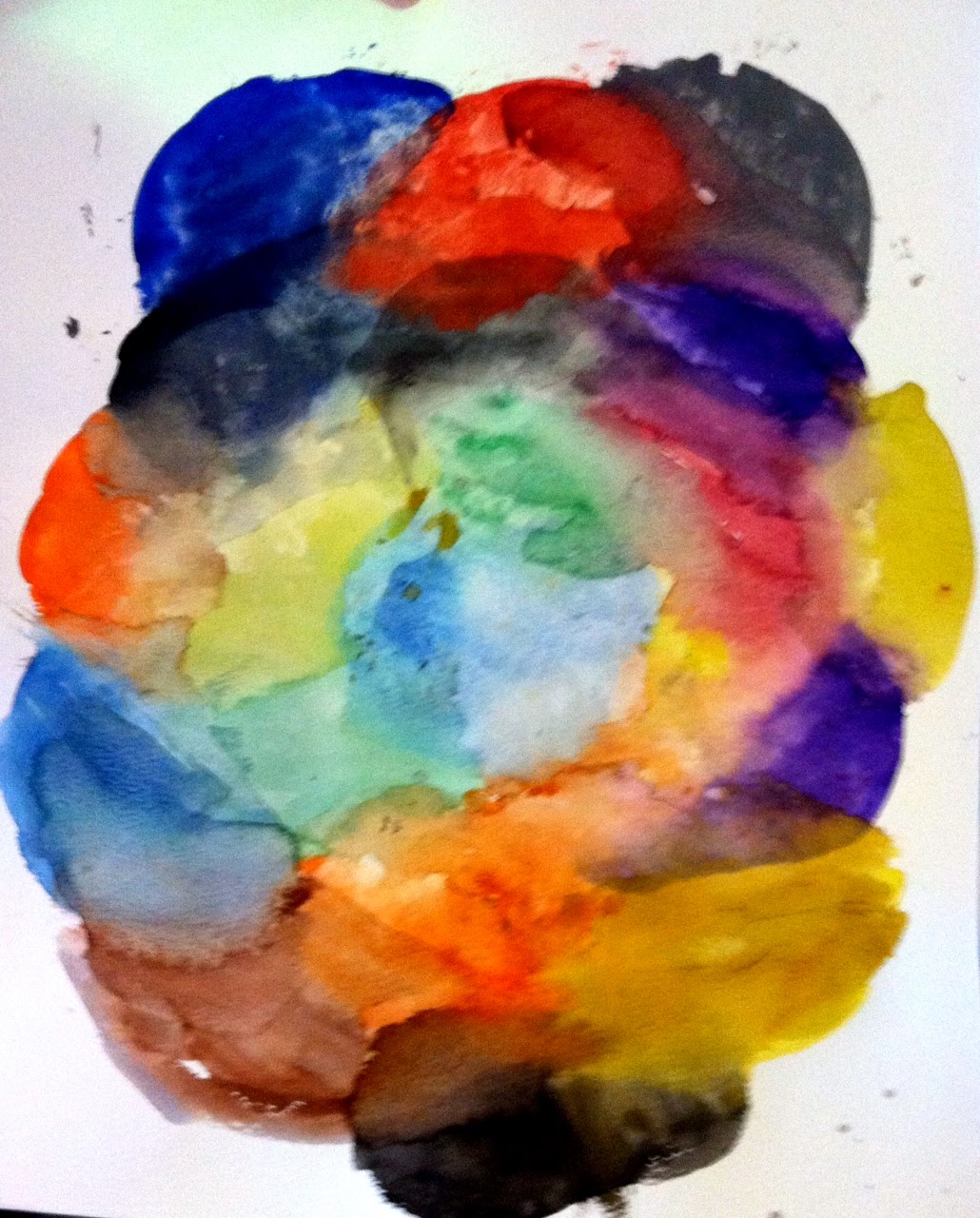 Instead of assigning numerical grades, teachers conference regularly with guardians, and the school’s doors are always open for families to visit and observe the learning process. In the 1990s, the school board forced through mandated report cards even though 100% of parents were against it. Now teachers are required to write report cards and keep them on file, even though parents choose to not look at them. Hearing this, I was reminded of the vast amounts of paper work I was required to fill out for the DOE in New York City that was often filed away without being read.

School policy decisions are decided in a consensus democracy of parents and teachers. Decisions, both large and small, are talked through in monthly meetings. It took 10 years to reach a place where there were no executives—everyone has a say—parents, students, teachers. And everyone is committed to consensus; in 30 years, there has never been a situation where they gave up and had a vote. “It’s kind of spooky how well it works,” joked Deb, the volunteer coordinator.