The New School in Newark, DE, occupies a large, rambling farmhouse in the heart of Newark, DE. A "liberty-based" school, it builds on the successful foundations of the Summerhill & Sudbury Valley schools. Summerhill, universally hailed as the grandparent of the free/democratic school movement, still maintains a similar model that was created in the 1920s as an intentional departure from the punitive schools of the time, with the intention and reality of childhood emotional & social health as the primary goal. Sudbury Valley, a successful democratic school in Massachusetts, was founded in the late ‘60s on the Summerhill model, with an additional intention of instilling consensus-based and democratic living techniques. 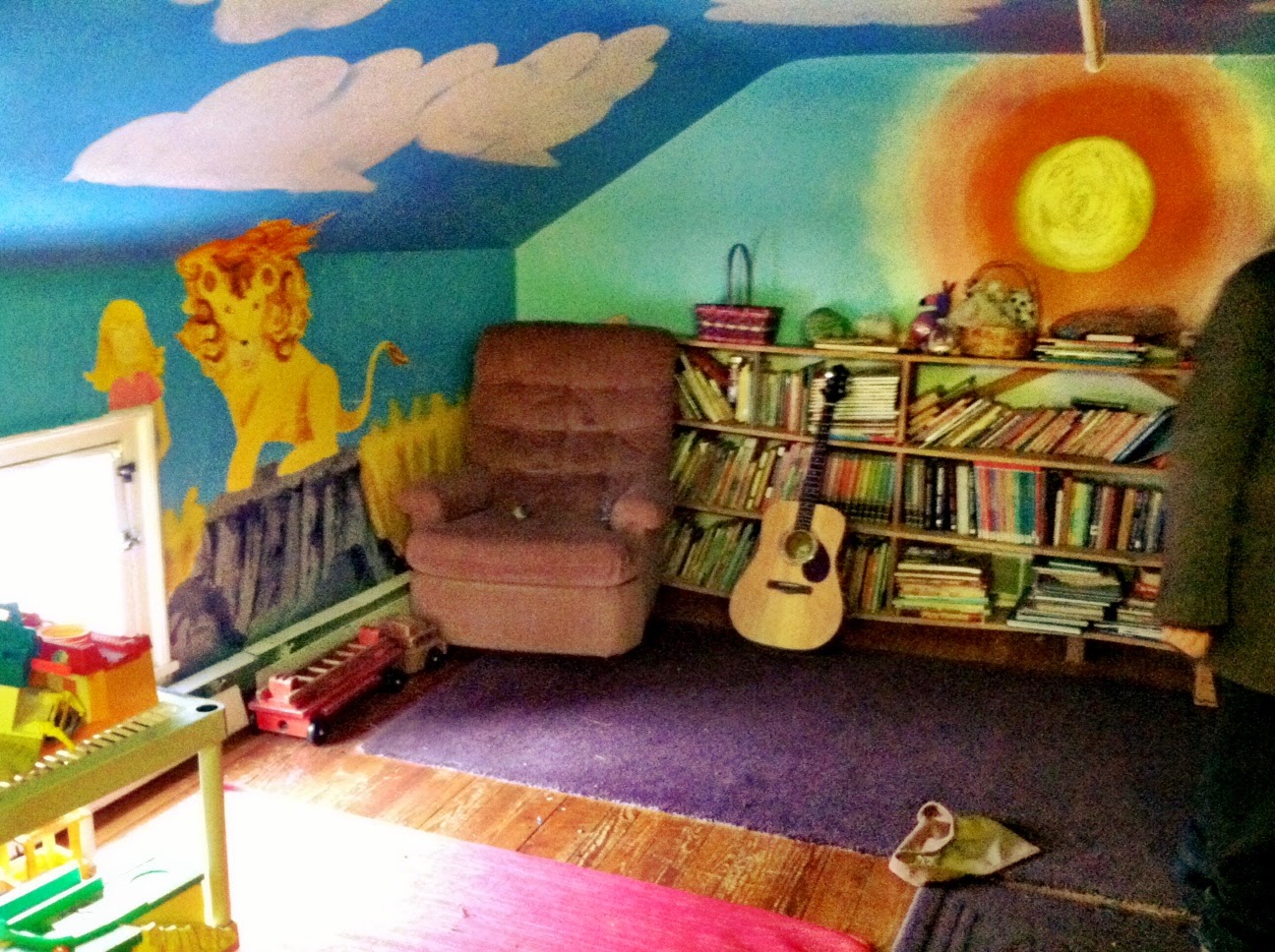 The New School builds on these celebrated, time-tested institutions by adding a third piece, that of deep intellectual stewardship. Melanie, the founder of the school, attended St. John’s College, along with two other charter teachers, and brought with her the college’s commitment to intellectual rigor. “In order to be free, you have to think well,” she says. Rather than the pursuit of happiness, the students & staff strive foremost for the pursuit of truth; as Melanie reminded me, “doing good doesn’t always mean doing what makes you happy.” The teachers have also grounded the school in a St. John’s-style rigorous intentionality around wording. They call themselves a “liberty-based” school instead of a "democratic" school, for clarity. (This was after a many-months long study of the etymology & history of the words “liberty” and “freedom”). 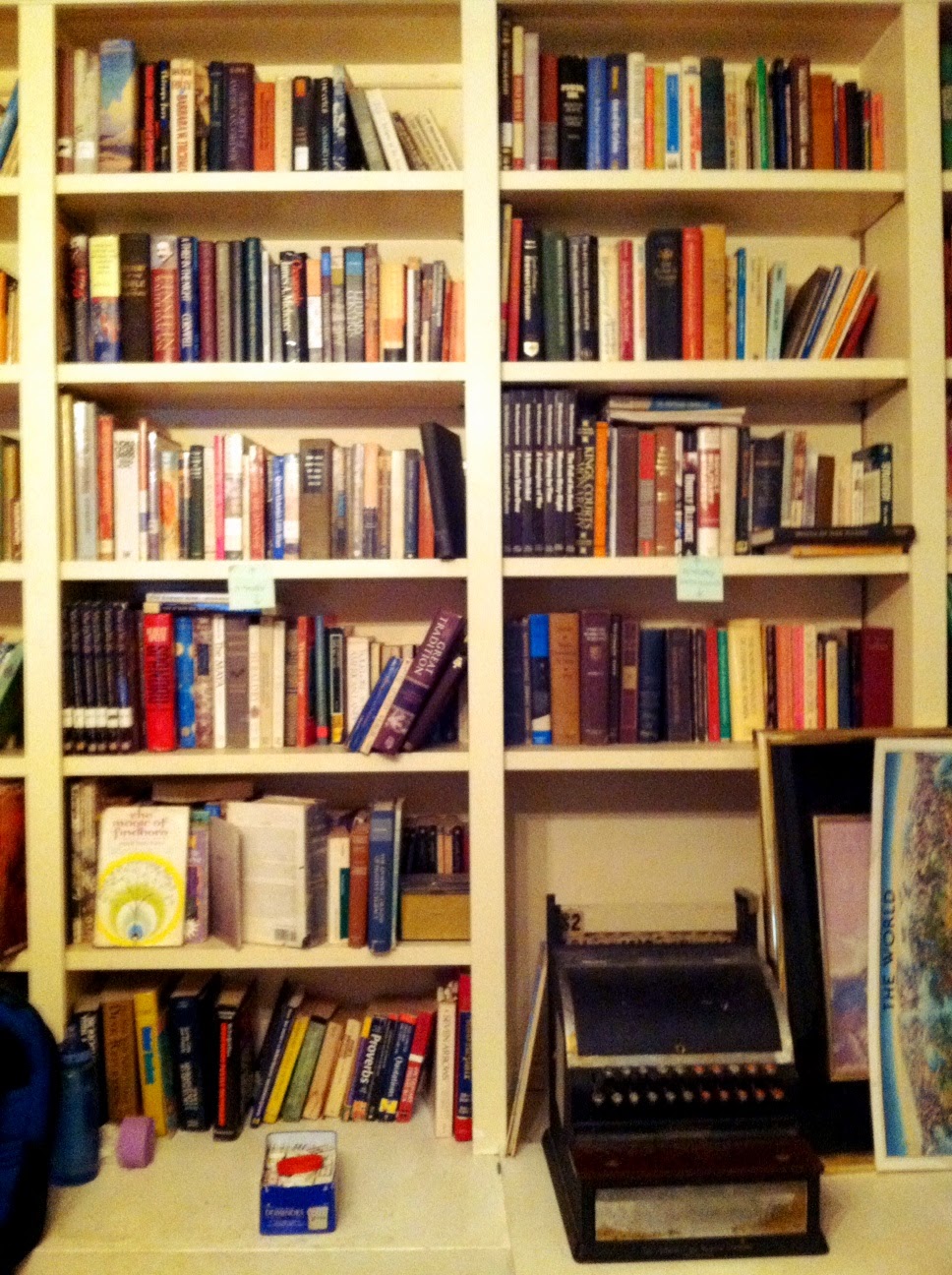 Classes, or meetings as they’re called here, are offered every day, approximately three times per day, and students attend if it holds interest for them. All meetings arise organically from teacher & student collaboration and shared interest, for instance, Euclidean Geometry, Theology, Film, Human Relations, & Writing. However, students may spend their time however they see fit: when I visited, many students were working independently, and two young girls were activity working on building a cozy new home for the school’s guinea pigs.

The true liberty that permeates this school nurtures truly incredible young people. One young man, Mike, I met at the beginning of my tour as he politely interrupted to ask a few questions about his day’s work—completing the refinishing and sanding of the main stairwell. Because of his poise, and the confidence with which he was completing a sophisticated task, I immediately pegged him as a teacher. As I came to discover, he is an 18-year-old young man who plans to defend his thesis next year, and like the other “students” and “teachers” in the school, defies that classification system. He teaches, and works, and learns, like everyone else. 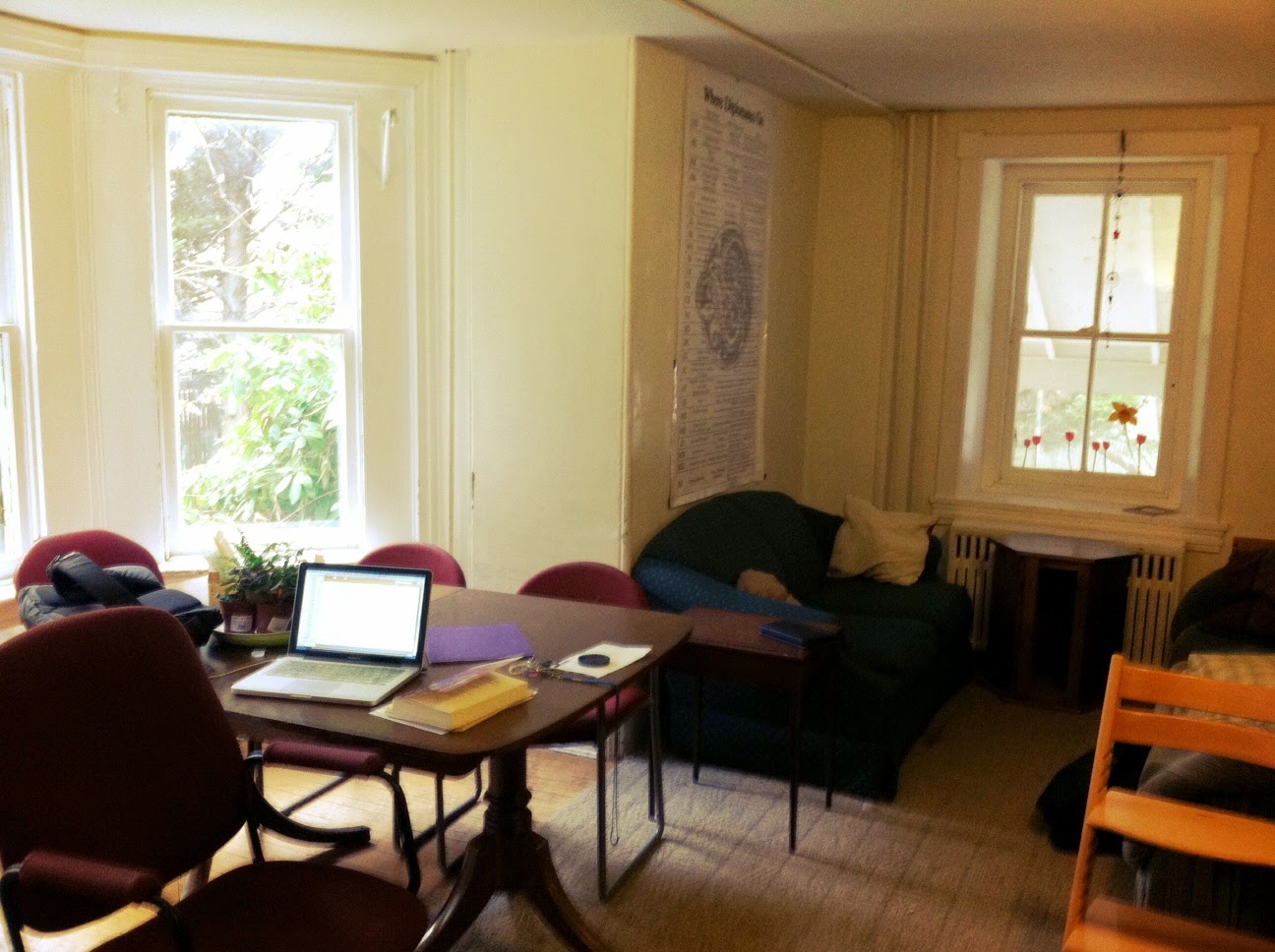 Mike joined the school in after increasing frustration and behavior issues through elementary school—his favorite class was recess. Once at The New School, he threw himself into hands-on learning and play: farm work, carpentry and blacksmithing (he’s since built himself a homemade forge, using a vacuum motor that’s been reversed to blow air). As he found himself needing increasingly sophisticated math to complete these self-directed projects, he developed an interest in Euclidean Geometry, and Euclid himself. As he told me, “when I wasn’t being forced to do it, I found needs for it. Like in carpentry. You need some trigonometry to figure out angles….” Later, while hearing some of the older students engaged in philosophical discussions with the teachers and eager to participate, Mike began pushing himself to read sophisticated texts. He’s now studying Ancient Greek & Latin, attending most of the meetings, and intends to defend his thesis next year.

Instead of following prescribed coursework, the diploma process requires the student to defend the following statement:

Their “diplomates,” as the graduates are called, are encouraged to return to the school, and many do regularly.

The teachers at this school all agree to receive no funding in direct exchange for teaching, a decision made in part to protect the liberty with which they choose to come to work. I greatly respect this decision, as I’ve found that receiving money for teaching can confuse and blur the point for me— that of an authentic and deeply gratifying mutual knowledge exchange. This agreement spurs great creativity on the part of the school; the art teacher, for example, is a professional dress-maker & fabric designer who does her work out of the art room. The students benefit from being around an adult engaged in authentic, fulfilling work, while she benefits from potential apprenticeships (if the students feel so called), and space to do her work.


Thank you for your inspiration, New School!

Still curious? So am I! Next week I will be proposing a two month residency at The New School for the coming fall. My understanding is that I will present & defend my proposal at the community meeting, and try to convince the students & teachers to vote me in. Fingers crossed!

See below for information on what the some of the diplomates are up to: 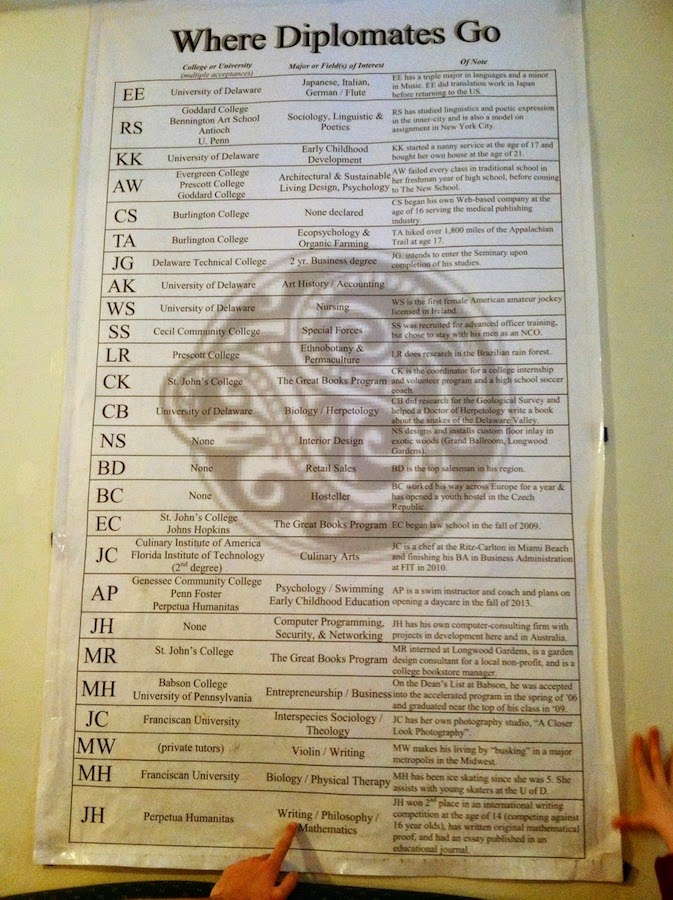